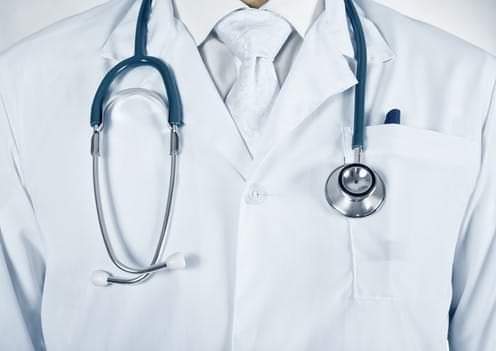 The heirs of the doctors and nursing specialists “martyrs of Corona” are demanding exceptional pensions, similar to the martyrs and victims of the revolution, the missing and the injured in war, terrorist attacks and security operations

The lawyers of the Egyptian Center for Economic and Social Rights, in cooperation with the United Group of Law and the office of Mr. Tarik Al-Awadi, the lawyer, have filed several lawsuits before the Administrative Court, in their capacity as agents of the families and heirs of a number of doctors, specialists, nursing technicians and ambulance workers who died due to their infection with the Corona virus during and because of their work.

According to these lawsuits, the center’s attorneys demanded a halt to the implementation and then the abolition of the negative decision to refrain from considering the deceased as a result of infection with the Coronavirus from doctors, specialists, nursing technicians, ambulance workers, and all health sector workers as “martyrs” with the consequences of that, most notably granting their families an exceptional pension and bonuses for what they offered of great services to the country, as they are the first line of defense in confronting the Corona pandemic, and they became martyrs as a result of that, and equating them with the martyrs and victims of the revolution, the deceased and injured in the military, anti-terrorism and security operations, with the benefits that their families receive, with the consequences of that.

It is noteworthy that, during the first ten days of 2021, the General Syndicate of Doctors recorded 31 martyrs from its members nationwide due to infection with the new Corona virus, as the total number of doctors martyrs rose to 294, indicating a marked increase in the number of martyrs among doctors during the second wave the Coronavirus, as the daily number of martyrs that are registered with the Syndicate ranges from 4 to 5.

The Nursing Syndicate also confirmed that the number of members of the union reaches 220,000 nurses, and they are present in all hospitals and health care institutions, whether basic centers or unit centers, in addition to those in quarantine hospitals, at the governorate level, and all chest and fever hospitals in all of them  nursing.

Despite the importance of the role played by the martyrs among doctors and members of the assisting medical teams, this only resulted in their being honored by some authorities in the state, by presenting certificates of appreciation to their families with symbolic material and moral gifts, in a clear breach of the rules of equality between them and the rest of the nation’s martyrs.  The martyrs of the 25th of January revolution and the events that followed, the martyrs of the war operations, the martyrs and victims of anti-terrorism operations who died as a result of facing a threat menacing the state, its pillars and the general population, or perished in a public disaster, and special rules for their treatment are decided on their families, whether in terms of their pensions or preferential treatment.

Whereas the first article of Law No. 71 of 1964 regarding the granting of exceptional pensions and bonuses has included indicating the permissibility of granting exceptional pensions and bonuses or increases in pensions to those who perform great services for the country or to the families of those who die, as well as to the families of those who die in an accident that is considered a public disaster.

The first article of the articles of issuance came in Law No. 16 of 2018 regarding the issuance of the law establishing a fund to honor martyrs, victims, missing persons and injured in war, anti-terrorism and security operations, and their families, to allow the Council of Ministers for considerations it assesses to add cases of other incidents, based on the proposal of the competent minister.

The matter with which the deceased doctors, specialists, nursing technicians and all members of the medical staff working in the health sector are entitled to be considered “martyrs” and to grant their families an exceptional pension, rewards and preferential treatment for the great services they provided to the country, as they are the first line of defense that responded to the Corona pandemic and lost their lives as martyrs because of that and equating them with martyrs and victims of the revolution, the missing and injured in the war, anti-terrorism and security operations, with the benefits that their families gain.

Damanhour Criminal Court postpones the trial of 20 workers from the Kafr El Dawar Spinning and Weaving Factory to a hearing next December 27 to implement the defendants’ defense requests
In its report, the State Commissioners Authority recommends transferring the value-added tax for lawyers to the “constitutional court”