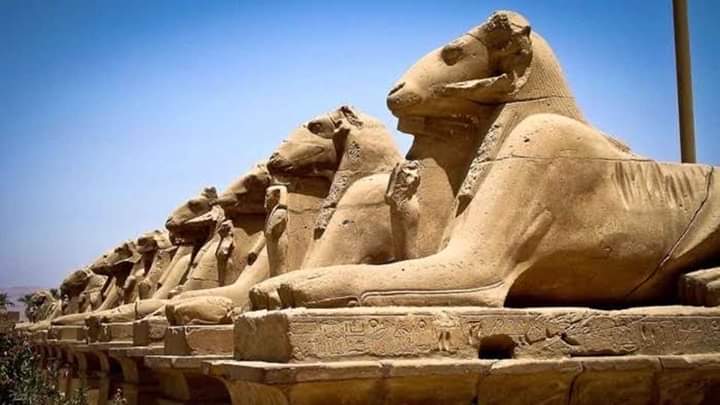 Lawyers of the Egyptian Center filed a lawsuit before the Administrative Court on behalf  of Dr. Monica  Hanna, professor of Egyptology, Haitham Al Hariri, parliament member, Tarek AL Awadi, Lawyer, in coordination with his bureau for bar and legal council against each of the following: the Prime Minister and Minister of Tourism demanding the suspension of their negative decision of abstaining to dismiss the process of  transferring 4 rams statues existing on the road between Karnak temples and Luxor temple, aiming at using it in decorating Cairo Tahrir Square.

The claimers found their dispute on the fear of jeopardizing these invaluable monuments, adding that such a procedure will contravene the historical site. The lawsuit demanded to cancel the negative decision of each the Prime Minister and the Minister of Antiquities to abstain organizing a contest to design copied statues imitating the historical pieces in order to be used in decorating the square, modeled on the contests took place to participate in decorating the new Administrative Capital squares.

The lawsuit, no. 15495 of judiciary year 74 – urgent, is based on constitutional and legal articles along with Venice Charter and UNESCO Convention of 1970.

The lawyers of the Center are waiting for determining a session date as soon as possible as the case is submitted as urgent.

The Center’s lawyers urge officials to review the matter and suspend all decisions concerning changing places of any Egyptian invaluable antiquities as it should not be rendered from its places except to protect it from any dangers or damages.

The Egyptian Center: “The Supreme Constitutional Court Commissioners” recommended that the cassation court is not the competent judiciary for considering the appeals against Journalists’ Syndicate elections
A Lawsuit Filed Before Administrative Court Demanding Transferring Ziad Al Eleimy to External Hospital and Provide him Needed Treatment