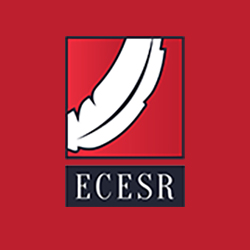 The Egyptian Center for Economic and Social Rights (ECESR) received two ruling compensating arbitrarily fired workers., the lawyers demanded a fair compensation for the workers and to activate the guarantees provided in the Labor Law.

The first ruling for Sabir Mohamed Gamaa Tamim who had worked as a tourist bus driver in Traffico Tourist Co. since 1999 until the company decided to dismiss him without a notice on May 2014. Tamim filed a complaint against the company and though ECESR for legal representation. On June 2018, North Cairo labor court ruled in favor of Tamim as the judge ordered the company to compensate the worker with 12 months of salary in addition to 2 months’ salary for each working year for the financial and moral damages incurred when he was arbitrarily laid off. In this case, the defendant is entitled to a temporary compensation equivalent to 12 months’ wages, which is considered as a judicial precedent, although this compensation is explicitly stated in the Labor Law, but the Labor Court ignored the application of this provision and refused to rule on the temporary application.

The second ruling is a new ruling for Amr Mohamed Abdel Baqi of PEPSI Cola company confirming a previous ruling to compensate the worker for arbitrarily laid off. Amr had been employed within the proportion of disabled people (5%) and worked at the company for 5 years before the administration decide to dismiss him without a notice.