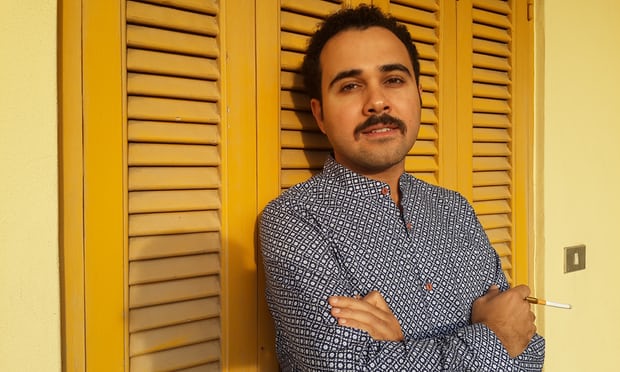 on May 29, 2018  South Cairo Criminal Court has accepted the grievance submitted by Ahmed Nagi’s lawyers to revoke the decision issued by court of Cassation while reviewing Nagi’s appeal ( on case No. 2636 year 7 judiciary).

Author Ahmed Nagi had been trialed after a complaint had submitted charging him with violating public modest after publishing a chapter of his novel The Guide for Using Life in the magazine Akhbar al-Adab. Although Nagi had been acquitted before Court of Misdemeanors , yet with claims of publishing a “sexually explicit” material, the Appeal court had given Nagi a two-year prison sentence and a fine 10,000 LE.

Nagi had been kept in prison until Court of Cassation ordered a retrial for Nagi, then on April 2018 South Cairo Criminal Court had amended the verdict to fine Nagi with 20,000 LE and revoked imprisonment penalty, however the court ignored the travel ban issued against Nagi, hence the defense team submitted a grievance to the court and eventually the court decided to lift the ban which finally brought down the curtain on Nagi’s case which lasted 3 years.

ECESR filed a case on behalf of Martyr Khaled Saaid’s Family, demanding the compensation for inherited moral and material damages which followed the family
Corrupt Contracts Law before the constitutional court