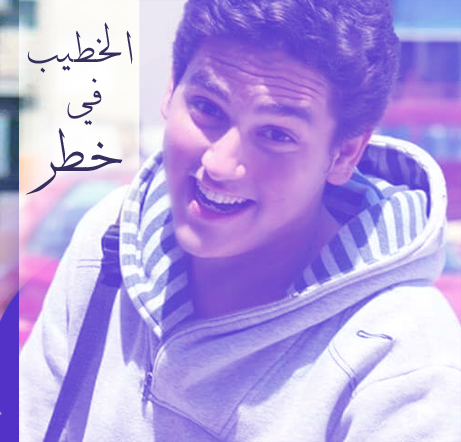 On February 18, 2018, according to his family, the prisoner Ahmad Al-Khatib was transferred from Abbassia Fever hospital to the hospital of Leiman Tura, despite his need for daily medical follow-up -due to his infection with the Leishmania parasite- that is not available in the prison’s hospital. Ahmad Al-Khatib’s medical report included a special medical recommendation to take the necessary procedures to provide the treatment required for his condition, as any delay may lead to serious complications that could reach death in addition to the need for high medical care in accordance with international standards and procedures related to treatment of “Leishmania parasite” which requires daily follow up by a specialist medical team.

Ahmad al-Khatib, a student at Misr University for Science and Technology, was 19 years old when the security forces stormed his residence on 28 October 2014 and remained in detention in an unknown place for a week until he appeared in Al-Sheikh Zayed police station, where he was accused of joining an external terrorist group. In March 2016, he was sentenced to ten years in prison and fined 100,000 pounds.

Khatib did not suffer from any diseases at all before his detention. However, in 2016 while in the prison of Lehman Tora, his family noticed the symptoms and signs of tiredness and illness on him, the family demanded medical medical examination for him repeatedly and at the end he was diagnosed by the prison’s doctor with anemia and the needed medication wasn’t provided nor any medical analysis which could help in identifying what he suffers from. with the increased intensity of the symptoms and the absence of any sign of improvement, The patient’s family decided to perform external tests by taking blood samples, according to which doctors suspected of having “domicile cancer” Or cancer of the lymph nodes “under which Al-Khatib’s family filed applications for the prison and the human rights sector at the Ministry of the Interior. also submitted a notice to the public prosecution, demanding them to submit Al-Khatib to a medical examination.

“The patient Ahmed Al-Khatib suffers from hyperthermia, swelling of the spleen and the liver, loss of weight and shortfall in all blood components. the examination of the sample of the bone marrow of the patient revealed the presence of lymphatic leishmania which transmits by the sand fly insect sting, the report included a recommendation To take the necessary procedures for treatment, stressing that the delay may lead to serious complications may lead to death”

Accordingly, Al-Khatib was transferred to Al-Abbasiyah fever hospital to start receiving treatment which needs follow-up by a specialized medical team for fear of the possibility of additional diseases due to the severely weakened immunity he suffers, beside that the disease itself is a very serious disease which has a mortality rate of 95% in case of not receiving the appropriate treatment.

Based on the above, the Center’s lawyers filed the appeal numbered  38018 for the year 71  on behalf of the sister of the patient Ahmad Al-Khatib against both the Minister of the Interior and the Interior Assistant for the Prisons Service and the General Attorney. They urgently requested the suspension of the negative decision to refrain from releasing Ahmad Al-Khatib on health grounds According to Article 36 of the Prison Service Law No. 396 of 1956, which stipulates

“Every sentenced person shall be notified to the prison doctor that he is suffering from a life-threatening illness or incapacitated by a total disability. He shall submit his order to the director of the prison medical services for examination in conjunction with the forensic doctor to consider his release”

despite all medical analyzes and the latest medical analysis issued on February 9, 2018, has confirmed that Al-Khateeb’s immunity is much lower than the normal rate which poses a threat to his life, and while the Administrative Court has decided on January 23, 2018, to delegate a medical committee of doctors from the forensic medicine department Under oath before it to sign the examination of Al-Khatib, and the session of February 13, 2018, was set for that committee attendance. However, the committee did not appear before the court despite its legal declaration and in today 20 February 2018’s session, the committee did not attend for the second time in a row. which make us condemn the delay in taking the patient’s procedures, starting from signing the medical examination to not attending the medical committee Before the court.

Instead of taking into account the health conditions experienced by Al-Khatib and taking immediate sanitary measures, he was subjected to ill-treatment inside the hospital, prompting him to enter into a hunger strike that lasted more than 16 days (according to his family) with promises to improve treatment and allow him to exercise as a result of doctors recommendation.

ECESR expresses its concern towards these developments and demands the authorities to clarify the reasons of Al-Khateed’s transfer from the hospital in which he had been held, and hold them responsible for placing his life in danger  by not providing the appropriate medical care yet and by not signing the medical examination by forensic committee as prelude to having a court decision of release on health grounds in case of proving his health state instability and his need to a special medical care he does not receive in prison according to the last medical report regarding his case.