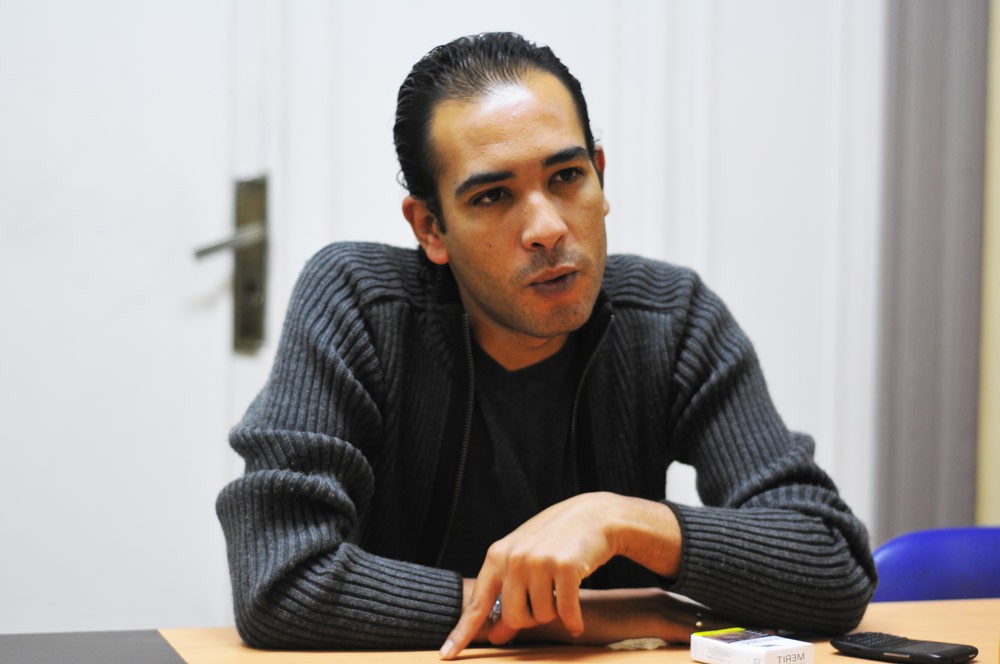 Lawyers at the Egyptian Center for Economic and Social Rights (ECESR) presented on Wednesday 29 June appeal no. (60453/70JY) before the Administrative Justice against the Public Prosecutor, the Minister of Interior, the Minister’s Assistant for Prisons, the Warden of Al Mazraa Prison at Tora for the abusive measures taken against HRD and lawyer Malek Adly who is detained in remand in Al Mazraa Prison at Tora pending case no. (4016/2016/Shubra Al Khaima Administrative).

Mr Adly has been subjected to abusive measures taken by the prison administration that aim at persecuting and torturing him physically and psychologically. Since day one at prison, he has been locked in solitary confinement in a cell that does not exceed 6 by 8 feet where he cannot see sunlight without lighting or ventilation grills. Moreover, he does not leave this crypt-like cell except when he is summoned for a detention renewal session or when his wife and lawyers are visiting him at the prison.

He has also been deprived of his right to exercise, visit the library or the mosque or receive books, newspapers and magazines on no legal basis, despite the fact that he has neither violated the prison law or the prisons regulations. Until this day, the prison administration did not allow him to use a mattress, a bed or a refrigerator on his own expense, which violates the law. The prison cell only contains three blankets, and the prison administration canceled his (table) visit which is allowed every 48 hours for prisoners’ families as they could bring the prisoners food without seeing them.

Malek’s lawyers have long been requesting from the prison administration through requests and complaints submitted and filed to the Public Prosecutor and to the Ministry of Interior to grant their client his rights undiminished. They also requested that he be treated in a manner that preserves his dignity and life and ceases all forms of torture to which he is subjected. Depriving him of his right to have his cell furnished on his expense and preventing him from exercising and leaving the cell has caused him many illnesses and subjects his life to danger. Therefore, Malek and his wife decided to file this appeal demanding the following:

First: Suspend the execution of the refusal to issue a decree permitting the plaintiff to have his cell furnished on his expense,

Second: suspend the execution of the refusal to issue a decree permitting the plaintiff to receive books, newspapers and magazines on his own expense,

Third: suspend the execution of the refusal to issue a decree permitting the plaintiff to his right to communicate and make phone calls for a fee,

Fourth: suspend the execution of the refusal to issue a decree permitting the plaintiff to exercise, and

Fifth: suspend the execution of the refusal to issue a decree permitting the plaintiff to practise his religious duties at mosque and meet his preacher.

To read the petition of appeal (in Arabic):