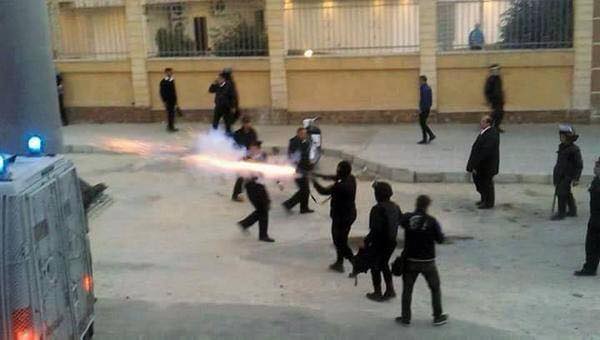 The Criminal Court judge (Circuit no. 25/North Cairo Felonies) issued his preliminary ruling today to refer the case to reinvestigations for the court’s lack of confidence in the presented pieces of evidence, and assigned the left member of the judges’ committee to carry out the investigations within a schedule of six months as the suspects’ detention will continue.

The Egyptian Center for Economic and Social Rights (ECESR) expresses its happiness with this step towards seeking the truth.

There are 16 suspects in the Air Defense Stadium Case, all of which are football supporters of Zamalek Football Club. They were arrested in the incidents of the Air Defense Stadium massacre that witnessed the murder of more than 20 Zamalek Football Club supporters. The prosecution charged the suspects with crimes of intentional-murder-related violence, vandalizing public properties and establishments and inciting violence.

Moreover, it is within the competence of the judges’ committee itself to carry out the investigations. However, looking at the history of the Egyptian judiciary, this is one of the rarely used authorities.