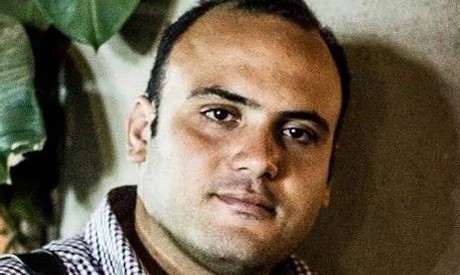 The undersigned organizations demand the immediate release of Dr. Taher Mokhtar, member of the freedom committee at the Egyptian Doctors’ Syndicate after security forces raided his residence on Thursday 14 January and arrested him along with two friends who were present in the flat.

On Thursday, about 2 pm security forces raided the residence of Dr. Taher Mokhtar in Falaki Street. With him in the flat were his friends Hossam Eldin Hammad, student at the Faculty of Engineering and Ahmed Hassan, student at the Faculty of Law. Security forces searched the flat and then took the three young men in a microbus to Abdeen police station.

State Security agents interrogated them in the police station for 9 hours in complete isolation, as lawyers were prevented from attending, meeting them or gaining access to the minutes of the interrogation nor any knowledge of the charges leveled against them. They were later told that Mokhtar and his colleagues would be questioned by the Abdeen prosecution the following day.

The following day, Friday 15 January, Mokhtar and his friends were questioned by the prosecution which accused them in case (no. 498/2016) of possessing publications that call for the overthrow of the regime and decided to extend their detention for 4 days pending investigations.

Mokhtar is also an active member of the rights and freedom committee at the Doctors’ Syndicate, which released a statement on its website clarifying that Mokhtar has been entrusted by the syndicate’s council as a member in its Rights and Freedom Committee to follow up health conditions of prisoners. Statements demanding a reform of health conditions and describing medical neglect in prisons as a crime is not a criminal breach. Egyptian law describes medical neglect as a crime and the constitution in article 18 establishes health as a right for all citizens.

Security authorities are determined to close public space and tighten its grip on freedom of expression as well as harass activists and human rights defenders. In addition, recent events and the constant persecution and arrests over more than one month on known activists as well as fabrication of charges does not leave much space for optimism. Authorities are indiscriminately harassing citizens without clear charges, which are mostly fabricated, while violating the most basic rights through illegal detention, as well as depriving individuals of the right to defense and presence of their lawyers, sending a clear message of intimidation as the fifth anniversary of the January 25th Revolution approaches.

It is therefore that the undersigned strongly condemn the arrest of Taher Mokhtar, Hossam Eldin Hammad and Ahmed Hasssan and demand their immediate release.

On the Parliamentary Agenda: Nine Issues To Anchor Democracy and the Rule of Law
Murdering Giulio Regeni: The Rise of State Terror