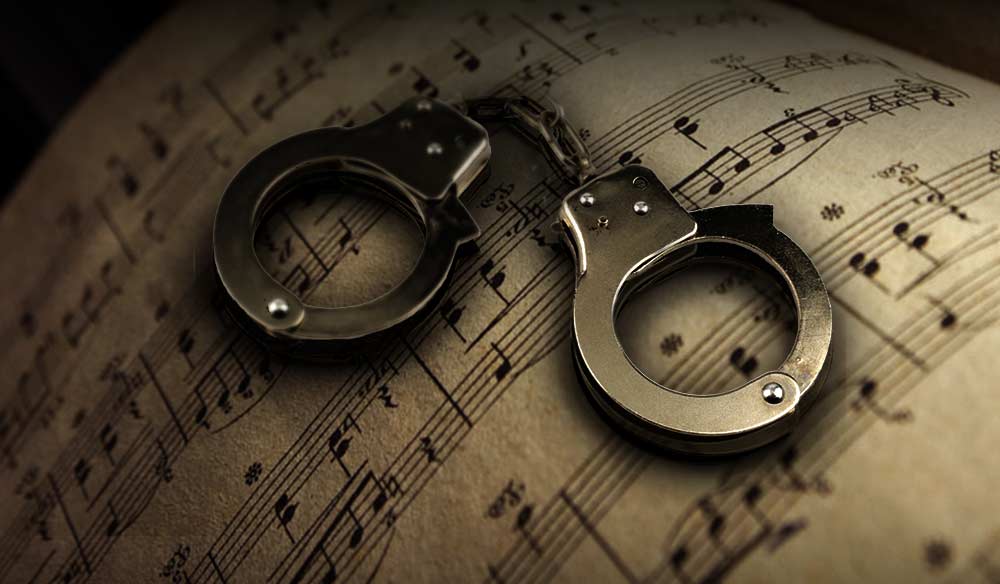 The Egyptian Center for Economic and Social Rights (ECESR), in cooperation with the Association for Freedom of Thought and Expression (AFTE), held a talk on granting Musicians’ Syndicate heads the judicial enforcement authority against anyone who practises an artistic profession (singing, composing, song writing, etc.) without being a member in the syndicate.

Amira Elsebaai, moderator and discussant, stated that the decision contradicted with the most basic conditions of the freedom of artistic creation that ensures building a free and creative society. However, instead of sponsoring artists and encouraging creativity, the state uses laws and regulations to limit creativity and eliminate any chance of diversity, as it criminalizes the different acts of creativity and discourages any attempt to raise the awareness or critical skills of the audience.

Mahmoud Othman, lawyer at the Association for Freedom of Thought and Expression (AFTE) started the talk by discussing the relationship between freedom of association and artistic creativity on the one hand and the Egyptian Constitution on the other hand. He asserted that the laws, which restrict freedom of artistic creativity, be repealed, as any attempt to amend them would be a mere circumvention of the law and the constitution which guarantee the freedom of association. Othman insisted that artists cannot be forced to join a particular syndicate.

“Writing, for instance, is not subject to the aforementioned censorship according to the law. However, it is subject to a censorship that follows publishing,” Othman added. According to Othman, an artist has the right to move freely without any restrictions, and artists cannot be punished according to articles from the Penal Code.

Othman described that the current crisis exceeds judicial enforcement authority, since freedom of artistic creativity is constrained by institutions such as Al Azhar and the Censorship Authority.

Freedom of Association and Rights of Artists

Dr Emad Abu Ghazi, former Minister of Culture, gave a brief summary on the history of the freedom of artistic freedom in Egypt. He asserted that a syndicate’s role is defending its members, rather than forcing those who work as artists to join it. Abu Ghazi insisted that creativity is a gift that belongs to and can be practised by anyone who imagines that they have it, and only the audience, not the state, has the right to judge it.

Saleh added that the Minister of Justice issued 17 decisions to grant judicial enforcement authority to employees and members of syndicates only this year, the latest was that granted today to employees in education. He explained that the expansion in granting this authority cannot be justified, especially that it divides artists of the same profession.

Freedom of Expression and the War against Terrorism

Ayman Helmy, poet and composer started his talk by asserting that freedom of artistic creativity is a key tool to fight terrorism and that circumscribing this freedom is only in favor of terrorism.

Saleh added that the decision to grant judicial enforcement authority gives three syndicate members the right to arrest other practitioners of the profession who are not members of the syndicate.

Helmy stated several incidents when artists and singers were prevented from practising their work, and when foreign singers were not allowed to sing in Egypt. According to Helmy, some of these incidents happened because of the syndicate heads’ misunderstanding of their authority to “prevent”, which proves that a big part of this issue is up to their personal and subjective understanding.

Terror and Doubt Arise as Top Prosecutor Issues Gag Order on Dab’aa Nuclear Project
On the Parliamentary Agenda: Nine Issues To Anchor Democracy and the Rule of Law