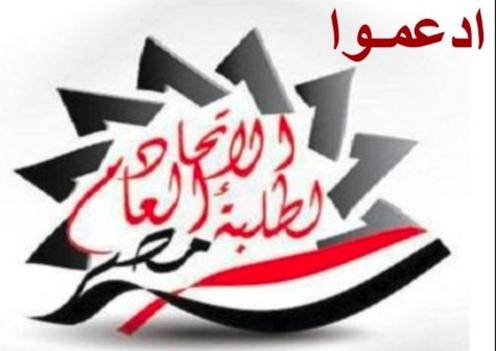 The undersigned NGOs condemn the decision issued by the committee supervising the student union elections in Egypt’s public universities. Reports on the decision were published in several media platforms last Thursday’s morning. The decision cancels election results on both the seats of the Union president and vice president who received the majority of votes, Abdullah Anwar and Amr El Helw, respectively. The cancellation is done under the premise that the elections of vice president of the Zigzag University Student Union is invalid, merely to circumvent the will of students in an unjustifiable way.

A member of the electoral college for the seats of president and vice president of the Egyptian Student Union had presented to the supervising committee an appeal that he based arguing that Ahmed Hassan El Azazy, who voted in the elections as the vice president of the Zagazig University Student Union, lacked due capacity. The member added that another person, whose name is mentioned in the election registers and enjoys this capacity, has the right to do so. The committee accepted the appeal according to which it canceled the results of the elections.

However, the same committee that canceled the results of the elections for the above reason had actually verified the procedures of the vice president of Zagazig University Students Union’s holding of his office, after the resignation of the ex-vice president Mohamed El Sobky. The University received a “fax” from the University Administration stating that the latter had submitted and signed his resignation, and was verified by the acting rector. It also received another “fax” informing of the decision of accepting El Azazy as the new vice president, and a copy of the full formation of the University Union Board. On that basis, El Azazy was allowed to vote in the last 15 minutes of the voting process that took 120 minutes.

The undersigned organizations see this decision as an episode in a series of systemized circumscription, which the Ministry of Higher Education practises over student unions, regardless of being official. The circumscription started as the current Minister of Higher Education amended the financial and administrative statute of student unions, as it had added unjust and broad conditions on students who want to run for the elections. The conditions include that the running student shall not have undergone any disciplinary punishments, been a member of a terrorist organization or had a previous remarkable activity. Therefore, administrations of universities were allowed to erase hundreds of students who practise political activities inside campuses.

Furthermore, presidents and vice presidents of some university students unions said that they have suffered from several pressuring attempts from leading officials in their universities and the ministry urging them to vote for certain candidates.

Despite all these restrictions, thousands of students in Egyptian universities decided to defend their right to student organization that truly represent university students in Egypt, and to participate in the electoral process. However, the Ministry of Higher Education refused to grant these students the success they deserve and circumvented their will as it disregarded the regulating laws that were heavily criticized by several student movements.

Such attempts against student movements make them feel how infeasible elections are once the winner is unaccepted by the officials, discouraging the youth from participating in any elections in the future.

The undersigned organizations hereby assert that the Ministry of Higher Education should have opened an extended investigation into the reported interference with the university’s supporting of a student group in particular, instead of letting the State Council’s Fatwa and Legislation Committee decide the issue. The investigation should include the statement by Dr El Sayyed El Araby, Dean of the Faculty of Law, Helwan University, which was published in the media, as well as the statement by the legal adviser of the supervising committee of the Egyptian Student Union that he was not invited by the committee to examine the appeals. The statement made by Dr Gabber Nassar, President of Cairo University, which referred to the interferences by the Ministry in the electoral process, should also be included in the investigation.

The undersigned organizations call upon the competent authorities to announce results of the elections of all seats of the executive office of the Egyptian Student Union, including the president and vice president, in pursuance of the law and of the students’ will which was already expressed by solidarity statements issued, until now, by 17 student unions.

The Egyptian Initiative for Personal Rights

The Egyptian Center for Economic and Social Rights

Association for Freedom of Thought and Expression

The Land Center for Human Rights