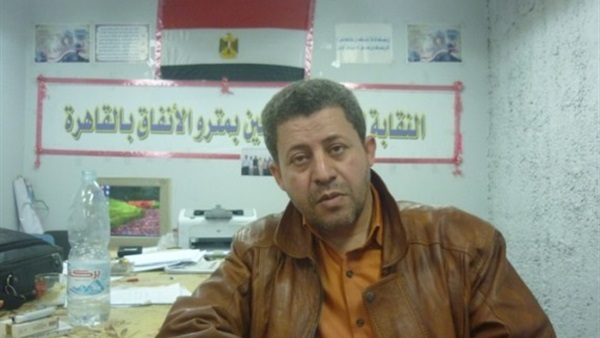 An open letter to the President of the Arab Republic of Egypt and the Minister of Transport on the arbitrary transfer of the head of the Independent Syndicate for Metro Workers for handing corruption documents to the Minister.

On 15 November 2015, the Minister of Transport met with Metro workers. During the meeting, Ref’aat Arafat, head of the Independent Syndicate for Metro Workers, handed documents on Metro corruption to the Minister. Eight days later, the parastatal Egyptian Railway Authority issued an administrative order no. (3264/23 November) to transfer the worker from the Metro to the Egyptian National Railways under the claim that his secondment to the Metro was over, which ignores that he is a head of the syndicate and that he cannot be transferred without his signed consent.

Such transfer is arbitrary and merely a punishment in disguise of ending the secondment, especially that the head of the syndicate has been appointed in 1994 as an employee at the Metro Agency, an ERA affiliate. When the Metro working structure was put and the Egyptian Company for Metro Management and Operation was founded to replace the Metro Agency, and to avoid the workers’ opposition to the replacement order, a new order was issued to register all the workers of the Metro Agency as workers on secondment from the Egyptian Railway Authority to the company. Upon the Minister’s receipt of the documents on corruption, the company’s board was upset and issued the order to transfer Arafat away from the Metro. Such procedure is a systematic attitude that is made as a punishment to any worker trying to reveal or fight corruption.

The Egyptian Center for Economic and Social Rights (ECESR) declares solidarity with Ref’aat Arafat, head of the Independent Syndicate for the Egyptian Metro Workers. The ECESR also insists that the transfer order contradicts the international agreements on freedoms of syndicates of which Egypt is party, as well as law no. (35/1976) on Labor Unions and its amendments. The ECESR calls for the cancellation of the transfer order and returning the worker back to work at the Metro, as well as respecting the guarantees of protecting workers from all forms of discrimination and abuse that they are subject to as a punishment for their union and labor activity.