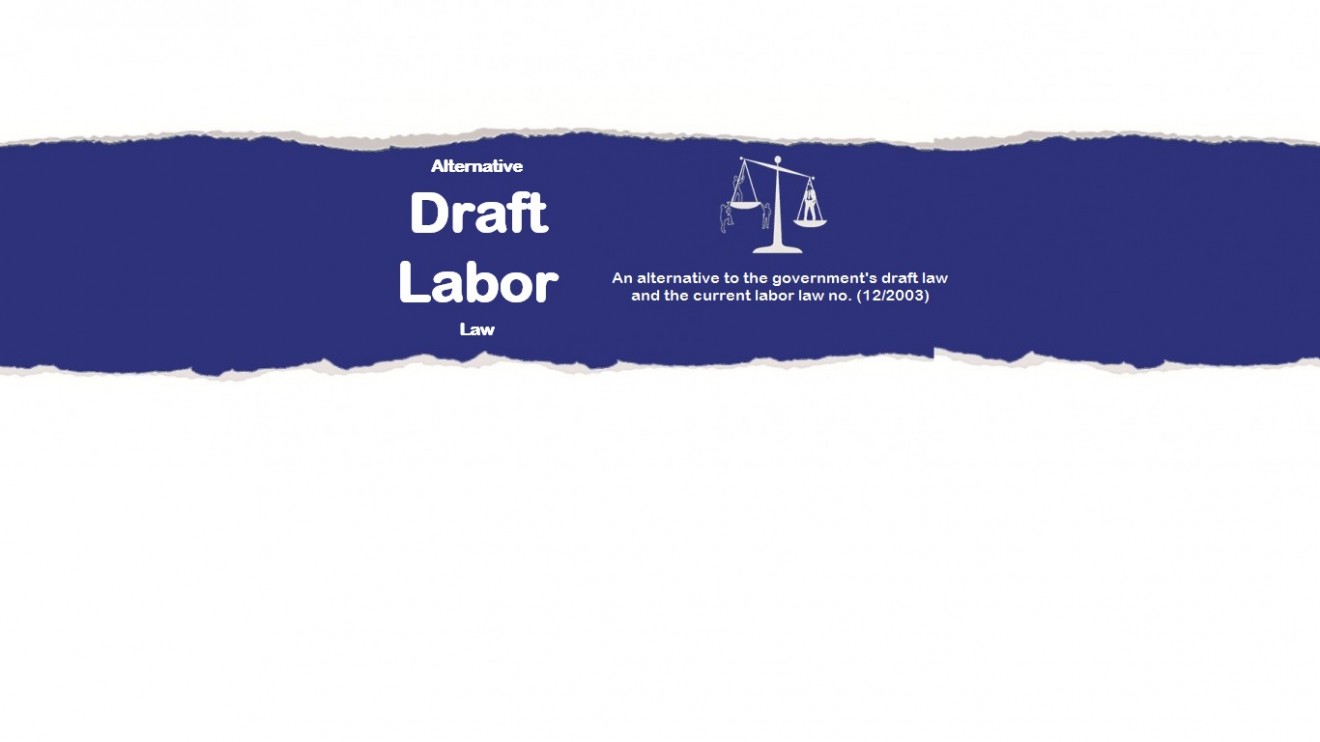 Today, a delegation of Towards Fair Labor Law Campaign will deliver a draft law to the Minister of Workforce and Immigration to replace the current labor law number 12 of 2003.

Another delegation will deliver the draft to the International Labour Organization (ILO) offices in Zamalek on Sunday, 24 May 2015.

The campaign started in February 2014, then officially launched in a press conference on 23 March 2015. Since then, the campaign worked on its draft and followed and analyzed all other drafts issued by the ministry.

The advantages of the campaign draft are:

The campaign relied on international agreements ratified by Egypt, the Egyptian constitution, and other sources.