Representatives of companies participating in this conference declare their outright rejection of the law to protect corrupt contracts, known as Law No. 32 of 2014, issued last April the 22nd, which prevents parties other than the co-signatories from taking legal action against sales and investment contracts concluded by the state with other entities and investors. This denies the right of workers and their advocates in uncovering suspicions of corruption in those contracts, which will be put under covers. The law under question does not stop at this. It brings to a close all current litigation under consideration by the Administrative Courts. Thus, it provides immunity for former state contracts and allows the signing of new contracts that would further squander state assets and natural resources, which are the property of its citizens, who are the real stakeholders and benefactors of oversight. This right is being appropriated by the government, from the hands of citizens and the judiciary, particularly the administrative courts. This came after several decisions in favor of workers, achieved through ECESR and other organizations, which invalidated several corrupt contracts and brought back several authorities and companies sold under suspicious circumstances, to say the least.

Privatization had been devastating to Egypt’s companies and its workers, who sought redress through several appeals, in an attempt to invalidate sales and privatization contracts of some companies – whose workers were made redundant in the interest of the investor –and to uncover corruption in their sales agreements. This began with Omar Effendi, then Tanta Flax, Shebin Textiles, Steam Boilers, Nile Cotton Ginning, and al-Arabiya for External Trade. Workers and their defenders from several legal centers managed to obtain final verdicts invalidating those companies’ sales contracts and returned them to the state, including to the consequent reinstatement of workers who were harmed by the sale of their companies, with all their entitlements. However, despite the finality of the decisions to invalidate the sales contracts and return the workers to their former position, the state continues to drag its feet in implementing the contracts and returning the companies to its ownership. Additionally, workers also continue to seek the courts to enable the implementation of the decisions concerning their return to work.

The participants emphasize that the current government’s continued blind disregard of the interests of the great majority of the people, would subject them to additional burdens, while destroying the resources that are supposed to be used to improve social services to reduce such burdens. This is evidence of the regime’s intractability towards the lessons of the Egyptian revolution, thus dragging the country into more conflict and insecurity and making the goal of building a state of democracy, justice, and rule of law more elusive than ever before. 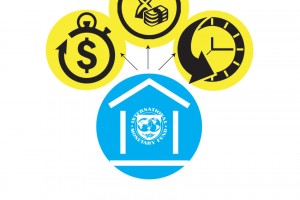